How to Change an AR-15 Handguard

I would guess that the most common thing that people want to change out on their AR-15 (or AR-10) is the handguard.  There is an unbelievable number of options out there from a plethora of manufacturers, so the exact method of removal and/or install may vary slightly depending on the manufacturer.  The change can be functional (adding keymod, pic rails, etc.), cutting weight, or just to look cooler.  This is an easy process and can be done by an amateur in your garage with a few simple hand tools, most of which you already have.  Just make sure that whatever handguard you purchase is freefloating, meaning that the only place that it makes contact with the rifle is at the barrel nut.  This will ensure that when the barrel heats up, it does not swell, make contact with, and push the barrel causing a decrease in accuracy, and also possibly becoming so hot that it could burn the weak hand grip of the shooter.

Tools you will need: 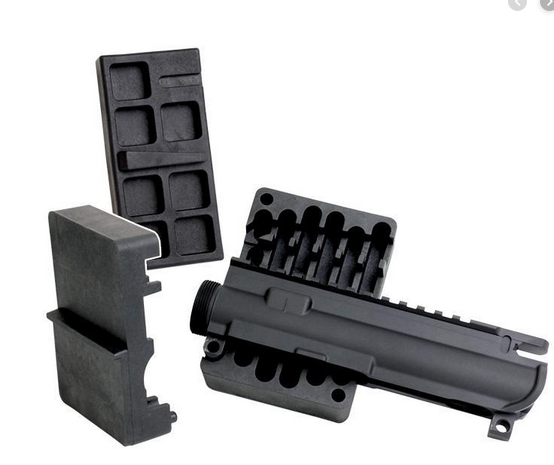 Gun parts you will need:

All the stuffs, and things that come with the purchase of a new handguard. 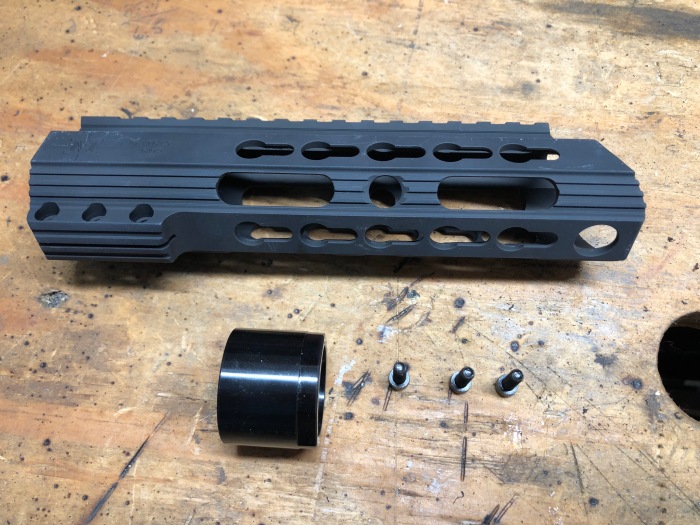 For reference in the picture below, my finger is pointing to the barrel nut:

I’m pointing to the Barrel Nut

**NOTE: ONLY DO THIS STEP IF IT IS NECESSARY FOR THE OLD AND/OR NEW HANDGUARD TO CLEAR THE MUZZLE.  For this all you need is a regular adjustable wrench, but most armorers wrenches have a slot that will fit the muzzle device’s bolt slots.  I slide a piece of paper over the muzzle device to ensure that I don’t damage the finish.  Simply, unscrew the muzzle device, and remove the crush washer.  Note, that it is best to install a new crush washer, and not reuse the existing one.

Either unscrew the set screws securing the gas block to the barrel; or as is the case with the pictured Noveske gas block & barrel, you must drive out a roll pin that mates the gas block and barrel, then remove a set screw.

Remove the gas block and the gas tube together by sliding it off of the end of the barrel.  At this point it is a good idea to inspect the gas hole and remove any carbon build up, and other gunk to allow for the best possible fitment of the block & barrel when you re-install. This AR-15 pistol is a .300 blackout that was run suppressed, so it’s good and dirty.

As you can see once the gas block & gas tube are removed, they have a good bit of carbon & powder residue.  This is a good time to clean all this crud off before re-installing everything.

Check to make sure there are not obvious gas leaks.

Use Armorer’s Wrench to remove the existing Barrel Nut

This part is pretty simple.  Use an Armorer’s Wrench (pictured above) to remove the existing barrel nut.  Righty-tighty, lefty-loosy!

I hope for your sake that whomever originally installed it used some form of molly grease, or the like so that it isn’t impossible to get off (been there before…sucks). 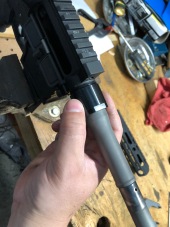 Then using an Armorer’s Wrench, adjustable wrench, or the wrench supplied with the handguard (some companies use a proprietary wrench that comes with the purchase of the handguard), simply tighten the barrel nut in accordance with the factory specs.  I usually just use some Kentucky Windage here, and put it on “pretty tight,” because I don’t have a torch wrench. 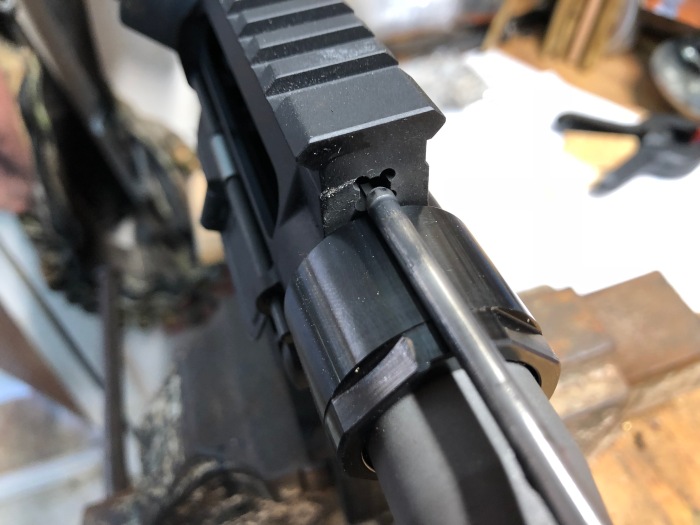 Make sure that the gas block & gas tube are properly aligned with the barrel, and any inset screw holes, etc. in the barrel 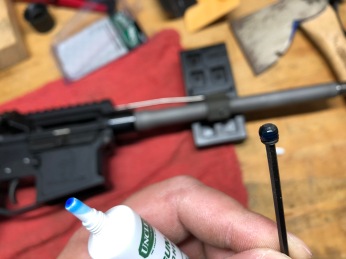 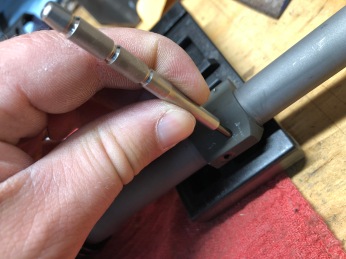 Secure the gas block in place in whatever manner it has been designed (apply thread locker to any set screws, and pin to the barrel if it is built that way).

Step 6: Slide on new Handguard, and secure in place:

Being careful not to damage anything or scrape the barrel, gas block, etc., slide on the handguard 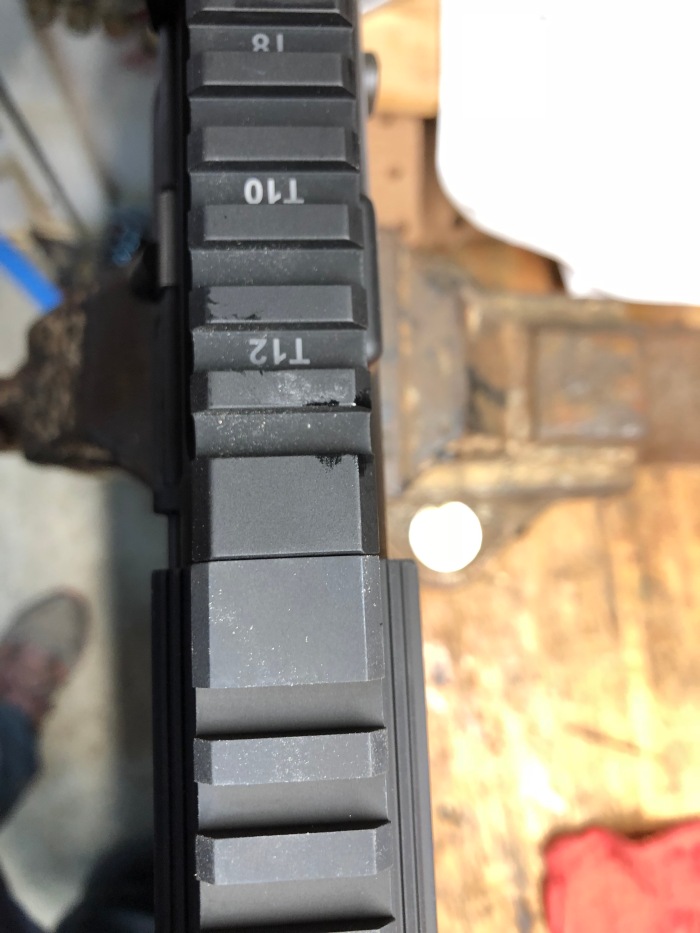 If using a monolithic rail, be sure to line up the receiver rail with the handguard. 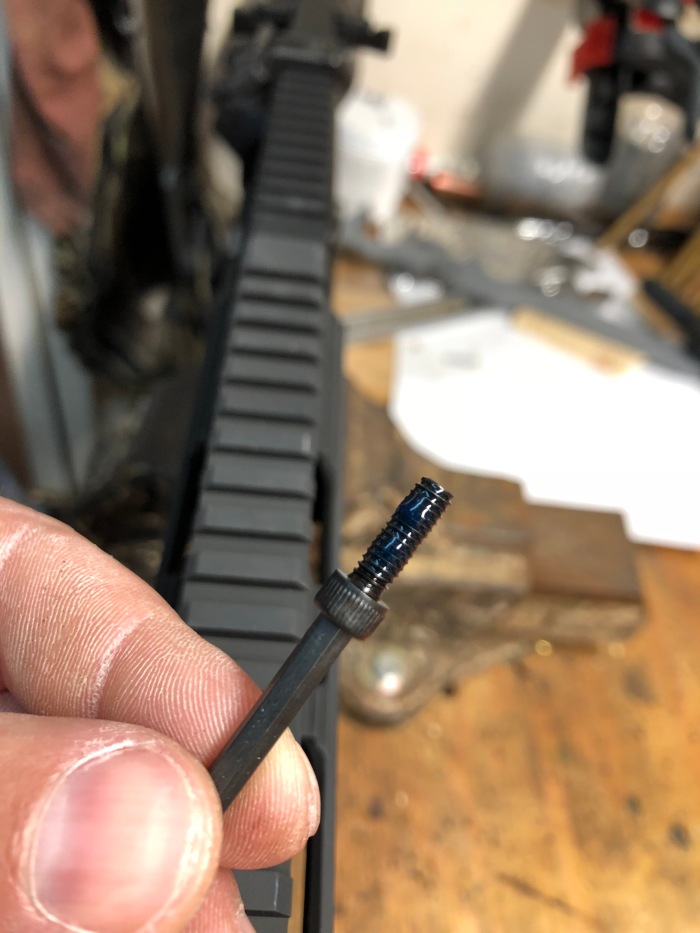 Once in proper alignment, use thread locker, and secure the handguard in place using the provided set screws.

Simply reinstall muzzle devise, using a new crush washer (if applicable).  Also keep in mind to properly align any ports or flash hiders, etc. in the proper position to ensure that your barrel recoils in the proper direction.

Step 8:  Shoot copious amounts of ammo & be awesomer than your friends.

Even though this isn’t my pistol, I still got to run it suppressed, and waste some .300 AAC ammo…all in the name of science.  I mean, I had to make certain it was safe, right?