Okay, who hasn’t played Super Mario Brothers?  Anyone? I thought so.  So, this is the mushroom that would “make you bigger” in the video game.  After you read about this mushroom, you will see why it made the character double in size, begin breaking bricks with their head, and able to take an extra hit from an enemy.  It turns out that the iconic video game was pretty trippy.

It just so happens that to boreal peoples of the North, the Amanita Muscaria is an important part of getting trashed during the Yuletide.  That’s right, Russians, Siberians, Finns, and many more have used this mushroom to make a tea that would mess a guy up pretty bad, then after they recovered from their hallucinogenic stupor, they would eat the boiled shrooms. This mushroom has psychoactive properties (the likes of which I have no desire to experience), and is listed as toxic or poisonous in much literature, but it’s still a neat find.

In November of 2015, my younger brother shot (at) a nice buck at a stand that we call the 4 bucks.  I went to help him look for sign.  The good news is that he missed clean, and didn’t wound the buck that was busily chasing does.  The better news is that I made a first time find on the walk out from the stand.  I came across an Amanita Muscaria.  They are more common on the West coast, or in the far north regions of North America.  But here in the Deep South, I don’t find it very common to come across these mushrooms.

I’ve red accounts of people boiling the snot out of the Fly Agaric in several changes of water along with salt and vinegar to remove the psychoactive toxins. Then cooking with the boiled mushroom as you would with any other.  Having boiled away any of the harmful toxins, they claim not to have experienced any ill side effects.  However, I can find many, many items on nature’s menu during that time of year that I don’t have to worry will poison me, or give me horrific stomach upset, or cause me to see or experience things that aren’t really there!  Reality is tough enough to deal with.  I don’t need to have imaginary things to add to my stress level.  I’ll just appreciate this prodigious part of nature for its beauty, and uniqueness. I think I’ll leave Amanita Muscaria to the hippies, and the experienced mycologists. 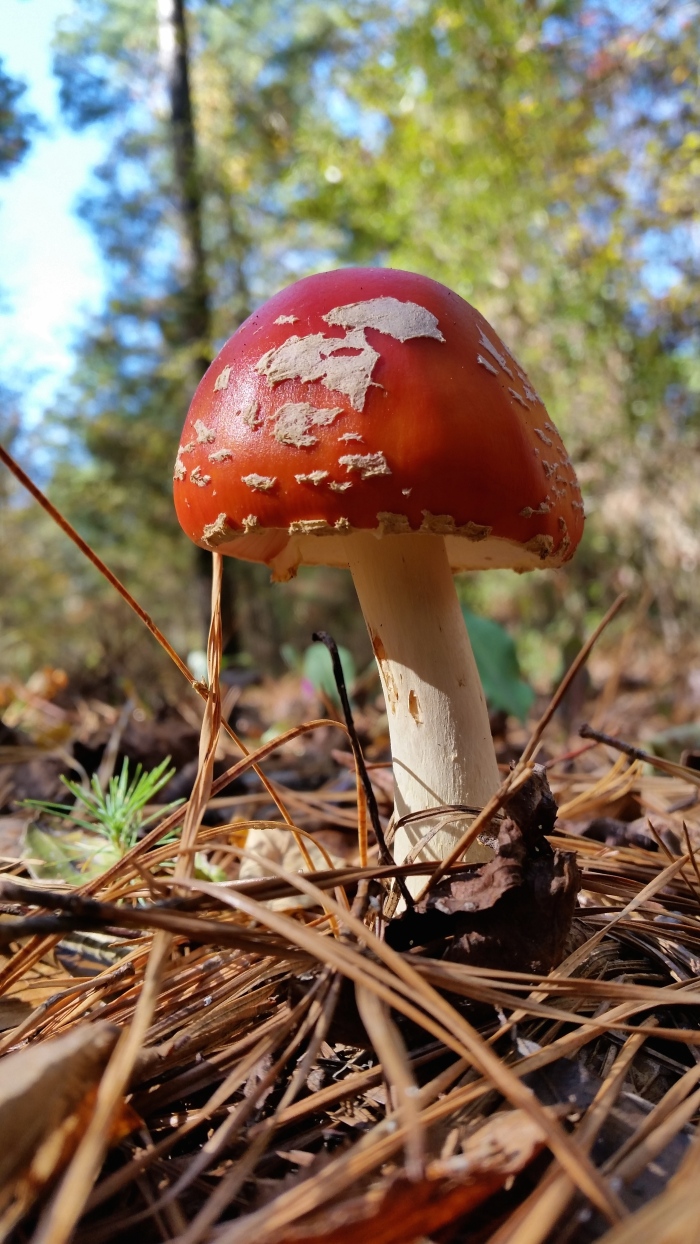 CAUTION: DO NOT EAT THIS MUSHROOM.  AMANITA MUSCARIA IS NOT AN EDIBLE MUSHROOM.