A Mother’s Day get together with my family, and the Comeaux’s. Of course on such an occasion, the husbands are supposed to cook, right?  This is mom’s day off after all!  I told Mrs. Greatoutdoordiary, “I’ve got that little hog on ice….We can smoke it, and make pulled pork if you want?”  She just noded and said, “Perfect!”

If you will remember I was lucky enough to connect on a small sow in Scouting, Setting Hog Snares, and Makin’ Bacon and I can’t think of a more fitting ending than to share this tender specimen with friends.

One of the quarters after all cleaned up, and ready for the dry rub. 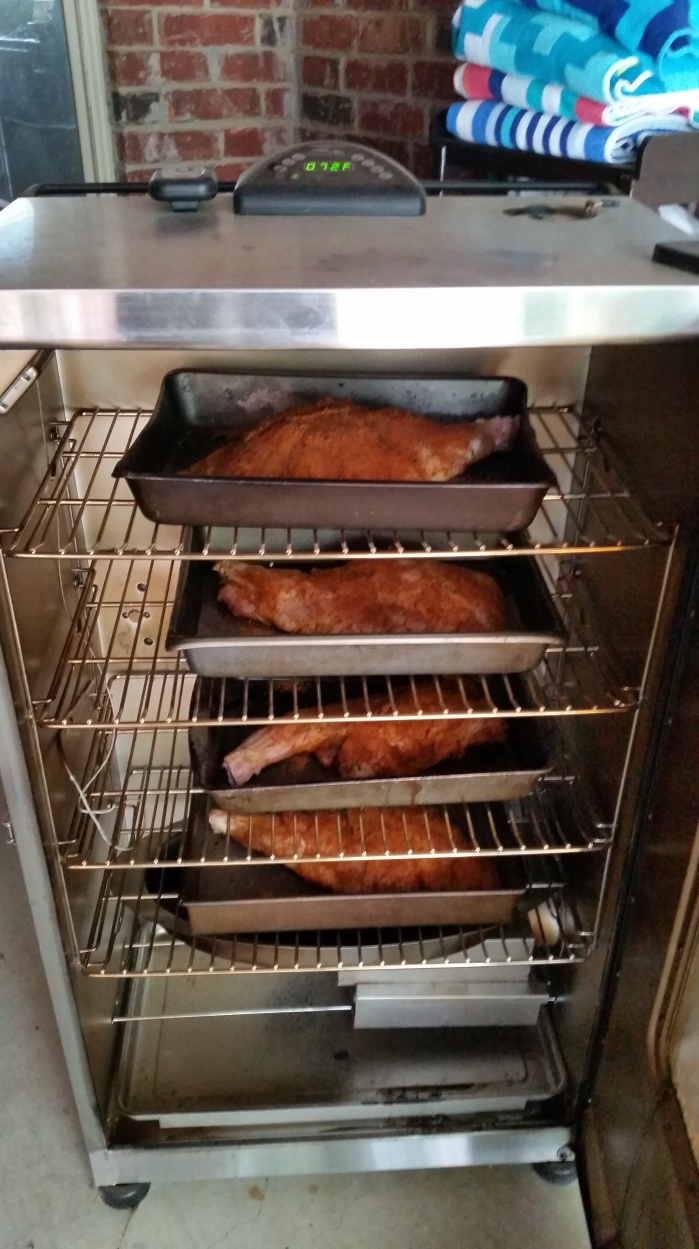 Two Hams, and Two Shoulders in Mr. Comeaux’s Smoke-Dat Machine.  Even though we used an electric smoker, you can do the same with a charcoal pit with a smoker section.  Just keep the temp low, and cook slow.

Checking Temp with Meat Thermometer.  You can see the meat already pulling away from the bone. 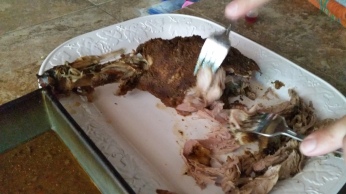 Forking so fast, the man’s a streak!

You may have to swat the occasional Photo-Bomb Fly (Photobombus comeauxicus) out of your delicious pulled pork.

This step is my specialty.  Place the pulled pork in a platter, and serve on sweet Hawaiian Buns.  You can add cole-slaw as a nice touch.  I add some of my homemade Nonkie Sauce, but any of your favorite BBQ sauce’s will do.  It won’t be as good as my sauce, but nobody’s perfect, right?

Add a few sides, and Let’s Get Ready To Rumble!