Alright, Trump is in the White House.  We want our firearm suppressors obtained the same way as the purchase of a long gun.

And I don’t mean these firearm suppressors:

I mean firearm sound suppressors, also known as silencers.  The device suppresses sound as a result the slowing and cooling of hot rapidly expanding gas produced during the burning of propellant in a firearm cartridge.  They don’t completely silence the report of the weapon.  Thus, I usually use the term suppressor, but to each his own.

Anyhow, as some of you may know on October 22, 2015 the Hearing Protection Act (H.R. 3799) was introduced by Rep. Matt Salmon, R-Ariz. This piece of legislation is designed to remove suppressors from the National Firearms Act (NFA) designation.  Instead of having to go through the same craziness that you would to purchase a machine gun, you could legally purchase a suppressor/silencer through a traditional ATF form 4473…the exact same process you undergo in order to purchase a regular firearm.    You can read more about the benefits of allowing law abiding citizens to use suppressors, in a previous post The Hearing Protection Act (H.R. 3799) – No NFA Tax for Suppressors.

I’m assuming that because of the retirement of Congressman Matt Salmon, that H.R. 3799 has been dropped in favor of H.R. 367.  So, Congressmen Jeff Duncan (SC), and John Carter (TX-31), have taken up the measure and on January 9, 2017, they reintroduced the Hearing Protection Act, H.R. 367.  Just like H.R. 3799, this act also aids in public safety by protecting sportsmen and women from damaging their hearing during use of a firearm.  Just as H.R. 3799, H.R. 367 will remove suppressors from the designation of being an NFA item.  Thus, any legal, law abiding citizen can go through the same process, and background check to purchase a firearm suppressor as you would to legally purchase a firearm.  Again, this is “common sense gun control” that I can get behind. 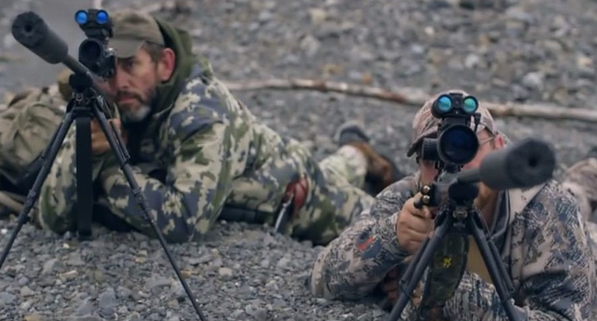 I can’t wait for the day when we are not taxed to prevent hearing damage while exercising our Second Amendment rights.  If you are in favor of this bill, then you need to contact your congress men & women, and make your voices heard.  We gripe about politics and the evil beasts that it creates, but if you sit by and do nothing then you have no right to complain about the situation.  We live in a republic, not a democracy, so you have to let your elected official know what voice his constituents have.  Contact your elected officials, and tell them that you support The Hearing Protection Act (H.R. 367).

With Republicans in control of the Senate, the House of Representative, and the Executive branch of government, there is no excuse for not getting a bill like this passed.  With enough support, we can protect the hearing of generations of sportsmen & women, hunt with less impact on wildlife, and neighbors by reducing noise pollution, and still enjoy our 2nd Amendment rights.  All while eliminating undue strain on the BATFE having to process lengthy applications, and forms for a firearm suppressor.  No more 8-12 month wait times…no more taxes…no more difficulties dealing with NFA firearms (transfers, cost, taxes, liability, etc.).