Quick, easy, and delicious.  This dish can be made with just about any kind of meat you’ve got, and it turns out great.  From the title it is obvious that we’ve used venison for this recipe, but whatever floats your boat will do.  Hell, you could probably make a Rat Stroganoff and it would taste pretty good.  A Stroganoff is a traditional Russian dish served with some kind of sauteed meat (usually beef), and Smetana (a/k/a heavy sour cream). I have no earthly clue what “stroganoff” means in Russian, but it translates to “cleaned plates” at my house.  It’s probably named after some Russian culinary genius like Chucky Stroganoff or something. 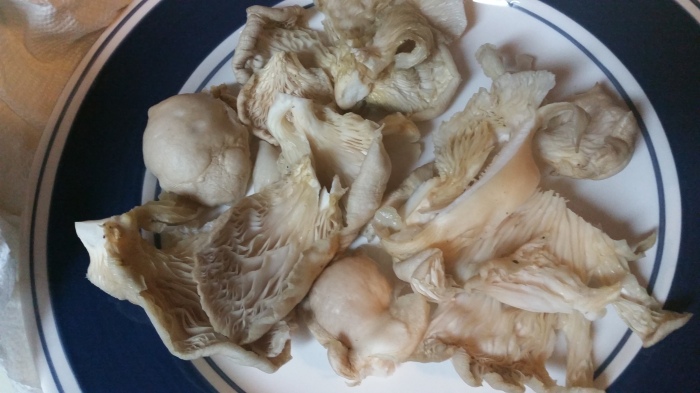 Wild Oyster Mushrooms collected from a dead willow after Emma killed her deer.

At a hunting camp, or in a pinch, you can just brown the meat, add water (broth is better), and a can of cream of mushroom soup, season, and let cook for about 25-30 minutes.  It’s pretty hard to beat for its simplicity.