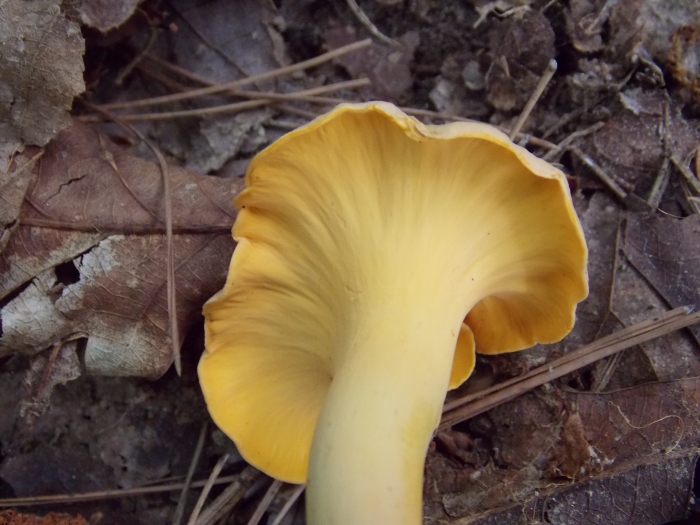 Although still considered a choice edible mushroom I’ve heard that the flavor of the Smooth Chanterelle is not as tasty as the better known True Chanterelle, but my not-so-sensitive palate managed to gobble them down with little prejudice.  They are fantastic in a Risotto of any kind, which is how I ate them. 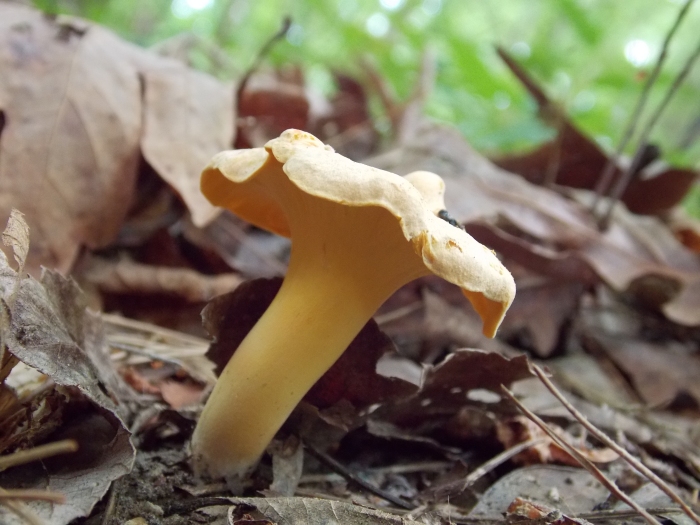 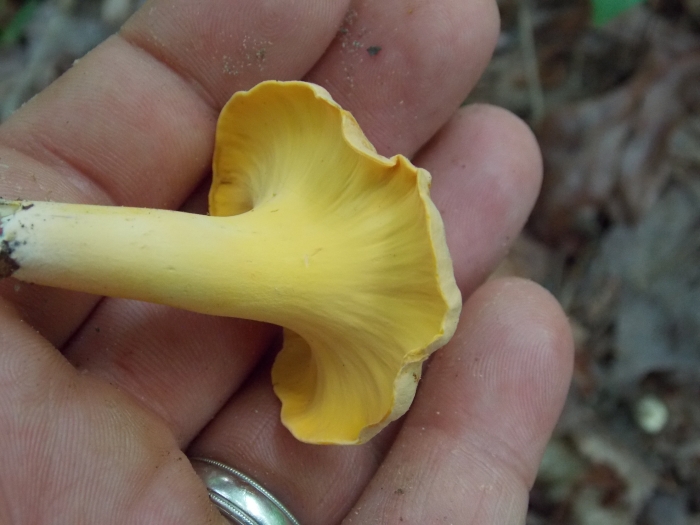 For more discussion of these look alikes, see Wild Edible Mushroom – Chanterelle (Cantharellus cibarius), where they are discussed at length.

I shouldn’t need to tell you not to eat things that you can’t identify, but don’t eat things you can’t identify.  That’s a pretty good rule to live by.  This article is for entertainment purposes only.  I’m just some fat redneck who enjoys the outdoors, and even though I haven’t died eating lots of stuff from “the wild,” my article(s) should not be used as a means to keep you from dying.  Therefore, use multiple sources of information from reputable sources to aid in identifying anything that you decide to eat from the wild.