This journey started with a successful deer hunt, and ended with an unsuccessful deer hunt.  I managed to connect on a young (and delicious) buck a while back which I wrote about on a previous post, Meat Mission.  Then I went on a hunt where I didn’t have a deer that was worth while show up, but I managed to find some delicious wild oyster mushrooms as discussed in my post, Oyster Mushrooms.

Well, I put the two together to make the Hirsch-schnitzel! I wasn’t sure what to name this recipe, so I took the German word for deer (hirsch), and schnitzel, which is a thin cut of meat that is breaded and fried, and put them together.  I added in some wild oyster mushrooms, and Ka-Blam! You got Hirschschnitzel.

This meal also complies with the Paleo diet, if you like that sort of thing.  It is as Paleo as it gets, because most of the main ingredients were foraged or hunted. This is such a man meal, and is perfect for a hunting camp, or just a Saturday night. Not to mention the variety of flavors and textures are outstanding.

First, cut a piece of venison backstrap to the desired thickness.  Mine is usually anywhere from 1 1/4 to 2 inches thick. 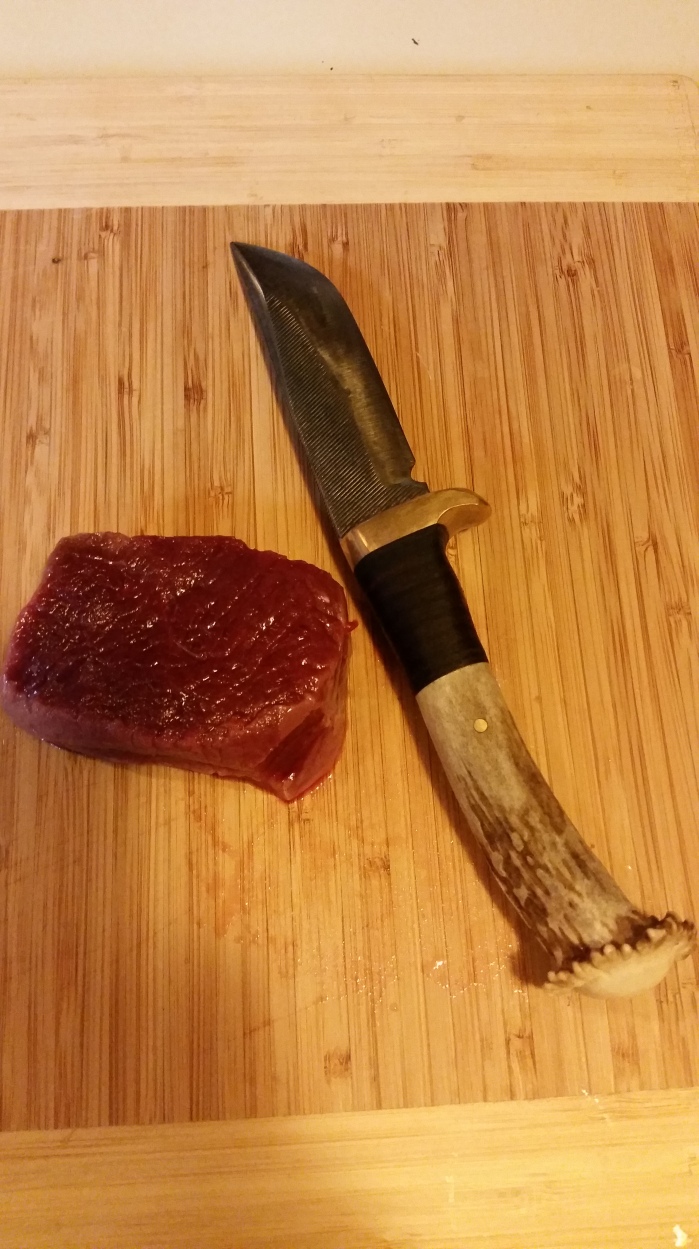 Then wash your mushrooms, and set aside to dry.  You can use whatever kind you like, but this recipe calls for oyster mushrooms. 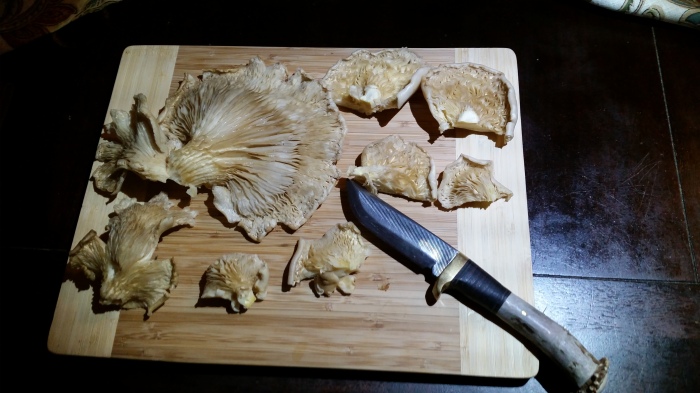 Next, cover the slice of deer loin in plastic wrap, and smack the snot out of it with a tenderizing mallet to thin it to roughly 1/4 inch.  This will tenderize the cut of meat as well, but backstrap is pretty tender already, so this makes it really tender. 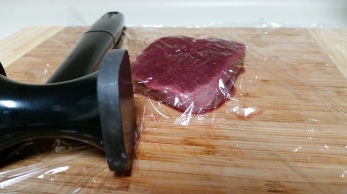 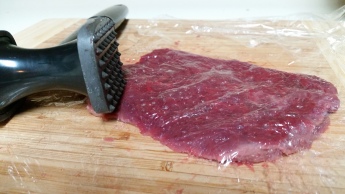 Throw a few slices of bacon in a black iron skillet, and begin to render out the fat. Next, I chopped up some pecans I picked up near the oyster mushrooms.  You want them chopped as finely as possible, because they will be acting like breading. For non-Paleo diet people, you can add a small amount of all purpose flour or breadcrumbs if desired to help it form a crust. 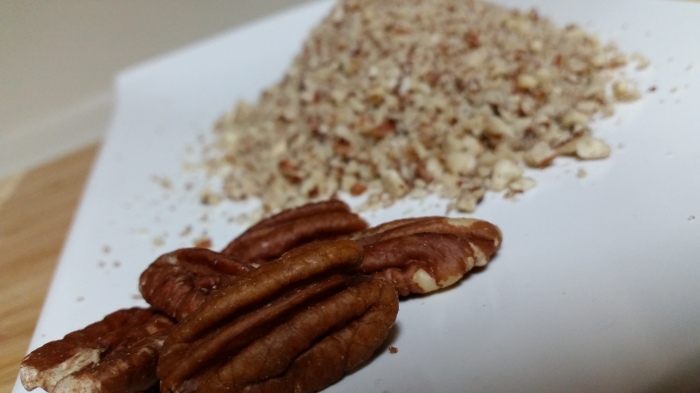 Chopped Pecans used instead of Breading

Then crack an egg in a shallow bowl.  I was lucky enough to receive some farm eggs from friends of Mrs. Greatoutdoordinary & I (thanks Terry & Monica). 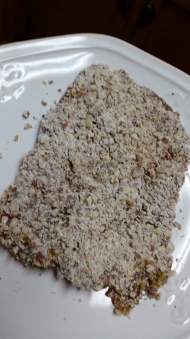 Take the piece of venison that has now been flogged like Hillary Clinton on election night and season it with salt/pepper or your favorite seasoning.  Then dip in the egg wash, and coat in the pulverized pecans.

Brown the Schnitzel out of it!

The bacon should have rendered by now, so pull out the bacon, and slide the “breaded” venison into the skillet on high to medium high heat.  You want to brown it, but not burn the pecans so don’t get it too hot.  Let it cook for a few minutes, then turn and brown the other side for a few more minutes for the cut of meat to be cooked medium, and longer for well done.

Pull the schnitzel out of the grease, and set aside in a warm place.  Throw in 1/4 of a chopped onion, about 1/8 of a chopped bell pepper, and 1/2 of a stick of chopped celery, and let it begin to brown.  Also throw in the chopped oyster mushrooms.  You want your skillet to be pretty hot to brown everything. 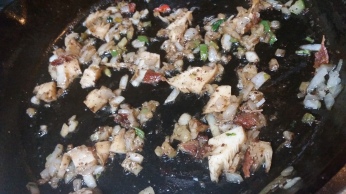 Begin to brown the veggies & mushrooms 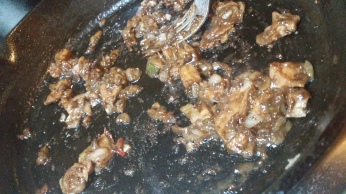 Once everything is browned, you can add small amounts of beef stock as you stir the gravy.  If you are not following the Paleo diet, add a small amount of all purpose flour, and brown with the veggies, and mushrooms until the gravy is thick and brown.  Without the flour it will still thicken, and it will brown, but it takes longer, and will be slightly thinner, but delicious. Add salt/pepper to taste while cooking. 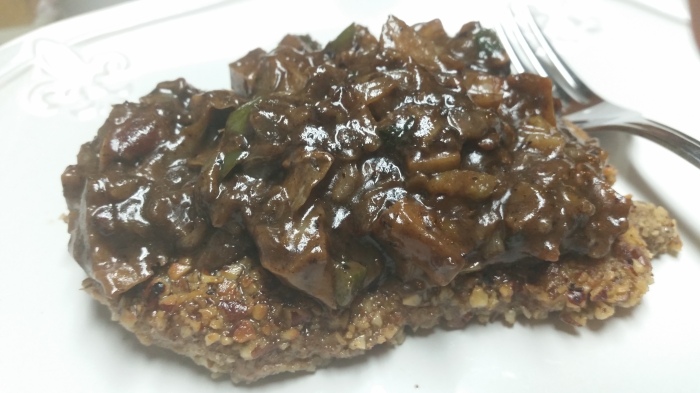 Once the gravy is complete, simply scoop it along with copious amounts of oyster mushrooms on top of the venison, and enjoy! 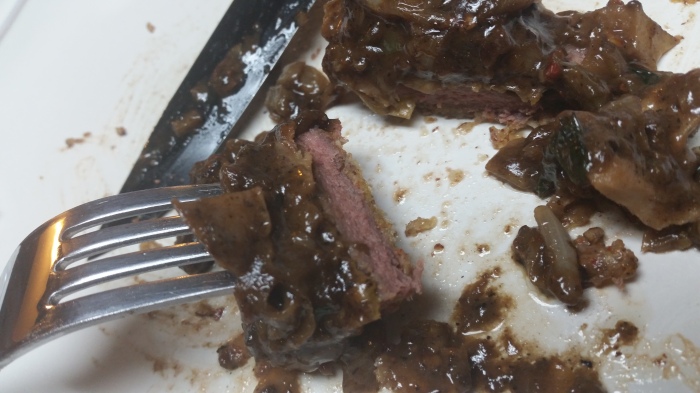 This dish is so good that you’ll drive all the way back home, and slap-ya-mama for never fixing it for you.